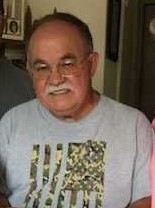 Gary was a veteran of the U.S. Navy during the Vietnam War as an x-ray technician.  He worked in the automotive industry as a Parts and Service Director at Morrow Ford/Lincoln Mercury of Beaver Falls, Team Ford & Toyota, Steubenville, OH, Stadium Lincoln Mercury/Volkswagen, Boardman, OH and Shenango Honda in Hermitage at which time he retired from the industry. During his retirement, Gary worked as a handyman. Helping people was his passion.

In addition to his parents he was preceded in death by three brothers, Daniel, Rusty and Jay Kimmel and a sister, Bobbi Jean Kimmel.

Private Interment will be in the National Cemeteries of the Alleghenies in Bridgeville, PA.