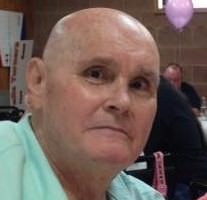 James A. “Jim” Yoho, 72, of Chippewa Twp., died Tuesday, January 24, 2017, in Good Samaritan Hospice. The son of the late Clarence and Della (Gaus) Yoho, Jim was retired from ARS Refreshments in Ambridge. He was a veteran of the U.S. Army, and was a lifetime member of the Beaver Falls Turners for 52 years, where he was bowling manager for over 35 years. He was a member of the Beaver Falls Elks Lodge 348, and was an avid bowler, boater and motorcyclist. In addition to his parents, he was preceded in death by his wife, Wanda (Dougalewicz) Yoho, and his brother, Robert Yoho. Jim is survived by his daughter, Stacey Yoho, Chippewa Twp.; his sister, Marion Yoho, Chippewa Twp.; his longtime companion, MaryAnne Young, and several nieces, great-nieces, great-nephews, cousins and numerous friends. Friends will be received on Friday from 2 to 4 and 6 to 8 p.m. in the GABAUER FUNERAL HOME & CREMATION SERVICES, INC., 1133 Penn Ave., New Brighton, gabauerfamilyfuneralhomes.com. A memorial service will be held at the Beaver Falls Turners at a later date.