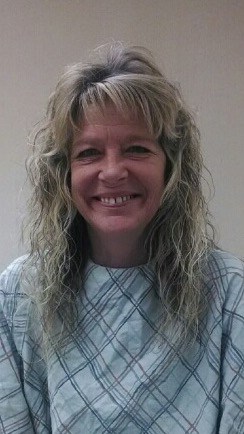 Kelly McGreal, 55, of Darlington Twp., gracefully passed away in her home on February 2, 2017, in the company of her loving husband, Mac McGreal. Kelly passed just 12 days before their 36th wedding anniversary. Mac and Kelly shared an exceptional kind of love, one that was truly unconditional. After only two weeks of knowing one another, Mac proposed to Kelly. 36 years later, through sickness and in health, their love has lasted the test of time.Kelly will be deeply missed by her mother, Carol Dwyer of Wampum, and is preceded in death by her father, Bob Dwyer. She is greatly missed by her son and daughter-in-law, Conor and Rachel McGreal of Ellwood City, and their two children, Maya and Finnian. She is also profoundly missed by her daughter and son-in-law, Chelsie and Chris Quinn of Big Beaver, and their two children, Jackson and Juliet-Kelly. Additionally, she leaves behind her two sisters, Bobbie Wilson and Penny Cuddy, along with their husbands John Wilson and Mark Cuddy, and their loving families.She precedes her aunts, Cathy, Connie, Sissy, and uncle Eddie, who all shared a very special bond with her.Kelly lived and enjoyed the last three months of her life on borrowed time, thanks to her wonderful hospice nurses, Lynn and Rachel, from Good Samaritan.Kelly was a devoted wife, a mother, a daughter, a mimi, a sister, an aunt, a niece, and a friend. She was generous, strong, and passionate. It has been a privilege caring for her and simply being a part of her family tree. Her departure is bittersweet and her journey is remarkable.Arrangements were handled by the GABAUER-MATTER FUNERAL HOME, 3500 Third Ave., Koppel, gabauerfamilyfuneralhomes.com.