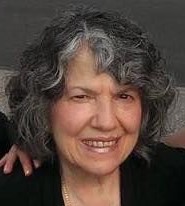 Norma Jean Granati, 86, passed from time/space into the eternal presence of the Lord Jesus Christ whom she loved and served Friday, August 28, 2020.

Normi, to family and friends, was a lifelong resident of Beaver County.  She was born in New Brighton August 2, 1934 and in 1945 the Bonomos moved to Patterson Twp. where she lived until her death.  Her heart was captured by Herman E. Granati, Sr. and in August 1951 they married.  God blessed them with 4 sons, Herman Jr., Richard, Joseph and David.  For 30 years Normi’s voice was the one the callers heard, and her beautiful face and wonderful smile greeted patients of the late Dr. Jay Funkhouser.  Normi’s tender heart and compassionate spirit touched the lives of thousands of people, whether at work, supporting (with Herman) their sons’ musical careers, or the people, too many to count, who were graciously cared for and well fed at the Granati’s kitchen table.  Normi had a gift of helping people feel and know they mattered.

Normi and Herman had been married 62 years when he passed in 2013. Normi was also preceded in death by her father and mother, Pio and Virginia Bonomo; and her brothers, John and Donald Anthony.

Besides her sons, she is survived by two brothers, William (Cheryl) and Thomas (Sheelagh); five grandchildren, Nicole, Alison, Danielle, Jules, and Michael; and two sisters-in-law, Coty Bonomo and Norma DeMuzio. She is also survived by many nieces, nephews, and multiple dozens of people who were treated like family

Normi touched the lives of virtually all who knew her.  Those who loved her did so with hearts filled by her thoughtfulness, generosity, and gentle spirit.  Normi, we will always love you!

As per Normi’s wishes, all services are private.  A public memorial service will be announced at a later date.