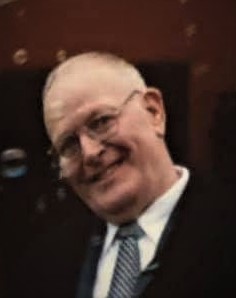 Robert J. “Bob” Good, 79, of Chippewa Twp., passed away peacefully surrounded by his loving wife and family on Tuesday, April 14, 2020 in Good Samaritan Hospice of Wexford.

Born June 30, 1940, he was the son of the late William and Mary (McKelvey) Brinkworth.  Bob was a 20-year veteran of the United States Marine Corps.  He retired from the Beaver Post Office, where he served as the Postmaster.  He was a member of the Rochester VFW Post 128.

In addition to his parents, he was preceded in death by a son, Stephen Finney; 4 brothers; and 1 sister.

All services were private. A memorial will be planned at a later date.

The family would like to give special thanks to the Concordia nurses and to the Good Samaritan Hospice of Wexford for all of the loving care they provided to Bob.