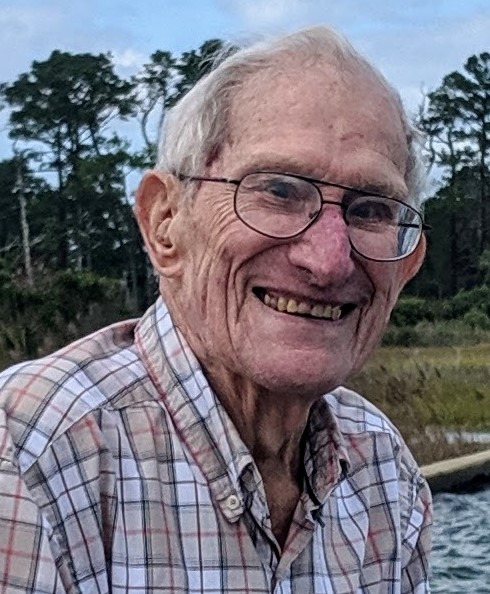 Robert Thomas “Bob” Gahles, 97, of Chippewa Township, passed away on Thursday, February 18, 2021 with his daughter and son-in-law by his side.

Born June 22, 1923 in Beaver Falls, he was the son of the late Thomas D. and Helen (Kettner) Gahles, and step-son to the late Florence (Cleckner) Gahles. Bob served in the U.S. Army from 1943-1945 with the First Armored Division in Europe, and was a recipient of the Bronze Star medal. He retired in 1982 from Koppers Company, Pittsburgh, as the senior estimator after 36 years. Bob continued working for various companies after retiring. He was an active member and former usher of Christ the Divine Teacher and St. Monica’s Roman Catholic churches. He was a recipient of the Father Marcus O’Brien Award and was a chosen parish honoree by the Beaver County Holy Name Society in 2010. Bob was also a part of the American Legion Post 261, the VFW, and the Highland Optimist Club. He was a hard worker and enjoyed vacations to Ft. Myers, Florida and Chincoteague, Virginia with his family.

In addition to his parents, Bob is preceded in death by his loving wife of 66 years, Mary E. (Jolley) Gahles; his brother, Eugene Gahles; and sister-in-law Hazel Gahles.

Friends will be received on Tuesday from 9:30 to 11:30 am in the GABAUER-LUTTON FUNERAL HOME & CREMATION SERVICES, INC.- 117 Blackhawk Rd. Chippewa Township. www.gabauerfamilyfuneralhomes.com. A mass of Christian burial will follow at 12 pm in the St. Monica Roman Catholic Church-116 Thorndale Dr. Beaver Falls. A private interment will take place in St. Mary’s Cemetery.