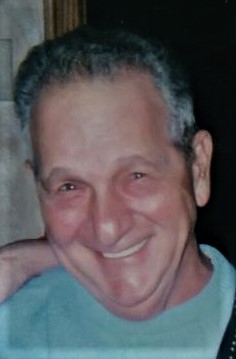 Roger Louis Mangerie, Jr., a resident of Koppel, PA, passed away peacefully after succumbing to COVID-19 on Friday, February 19th, 2021. He was 85. Roger was born November 14th, 1935, the youngest of four children to the late Roger (Lucian) and Anna Mangerie of Koppel, PA.

A graduate of Ellwood City High School, he retired from Babcock & Wilcox. Roger dedicated his life to his family, community, and faith. A life-long member of the Italian Mutual Benefit Society (IMBS) in Koppel, PA, Roger served as president and in many other capacities through the years. An avid fan and participant of bocce, you could find Roger at various bocce tournaments throughout Beaver County and surrounding areas. Roger was also a member of Queen of Heaven Roman Catholic Church in Koppel and St. Monica Roman Catholic Church of Beaver Falls, PA.

His love for gardening and singing Frank Sinatra songs including “My Way”, was second only to his love for his family. Roger had endearing nicknames for all his grandchildren.

Friends will be received Tuesday, February 23rd, 2021 from 2pm to 4pm and from 6pm to 8pm in the Gabauer-Lutton Funeral Home at 117 Blackhawk Road, Chippewa Township, PA 15010. The funeral mass will be Wednesday, February 24th, 2021 at St. Monica Roman Catholic at 116 Thorndale Drive, Beaver Falls, PA at 10am.