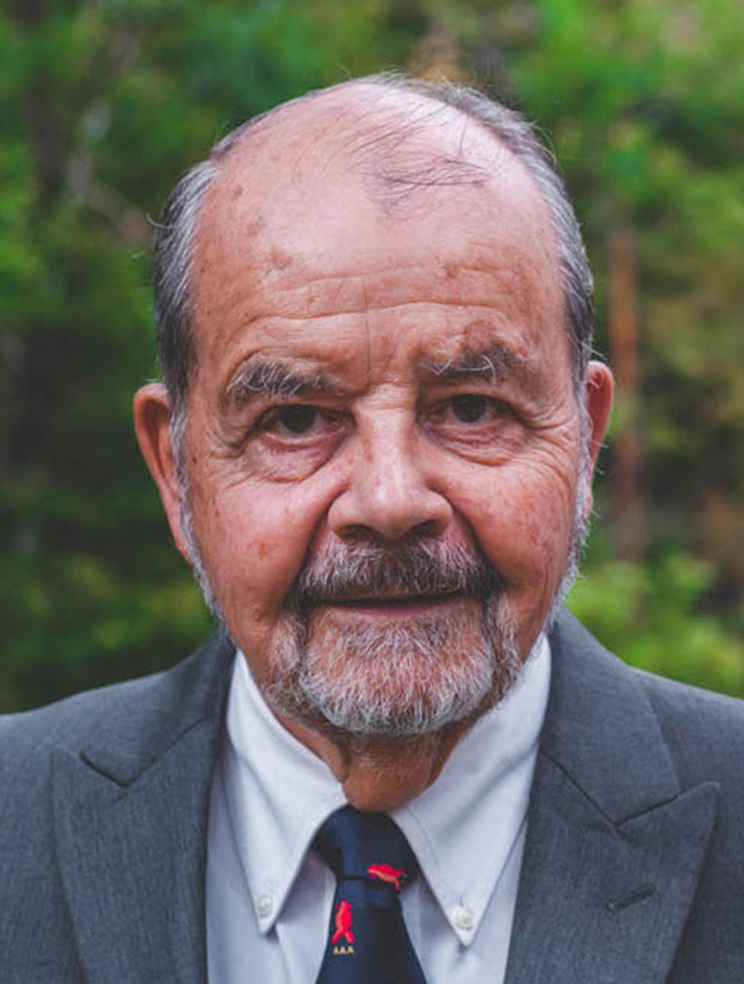 Vincent Don Cuddy, M.D., died peacefully in his home on December 12, 2022, two days shy of his 90th birthday. His death came less than two months after the passing of Ebba, his cherished wife of 65 years.

Sustained by lifelong practice of his Catholic faith, Vincent was devoted to the family he loved and cared deeply about the health and well-being of families in the community. He was dedicated to his patients’ care and excellence in the field of surgery. Vincent demonstrated an unshakable commitment to integrity, responsibility, honesty, fairness, the importance of education, and performing at one’s best. Together with Ebba, he inspired his family through avid pursuit of activities including camping, biking, skiing, and travel.

Vincent was born on December 14, 1932, in Pittsburgh, PA, to James Bernard Cuddy and Elna Jane McKeets Cuddy. As a teen, he contracted rheumatic fever, an experience that left him with a determination to become a physician. After graduating in 1950 from Warwood High School, Wheeling, WV, he completed pre-med studies at West Virginia University before earning his M.D. degree in 1957 from Jefferson Medical College in Philadelphia, PA.

It was during his medical training that Vincent and Ebba met and were married in Philadelphia on March 16, 1957. In 1962, they moved with their young family to Beaver Valley, where he joined the growing surgical practice of his medical school mentor, William P. Coghlan, M.D. As a general, thoracic, and vascular surgeon, Vincent treated patients throughout the valley until his retirement in 1996.

Thereafter, he fulfilled a lifelong desire to teach in the classroom and lab, serving as an instructor and mentor of future physicians as an associate clinical professor of surgery at the University of Pittsburgh School of Medicine. He also earned certification as a master gardener and became a fixture greeting and helping customers at his son’s family-owned nursery business.

In addition to Ebba and his parents, Vincent was preceded in death by sons John Kevin, David, and Don, and beloved aunts, uncles, and cousins.

Friends will be received from 3:00 to 6:00 PM on Sunday, December 18, at the Gabauer-Lutton Funeral Home, 117 Blackhawk Road, Chippewa. Interment will be private.

Those considering a memorial contribution may make it to a charity of their choosing.